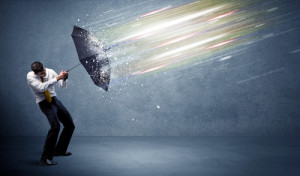 In a couple of hours I’ll be taking my aunt to a doctor appointment. This is something we do quite frequently given that she has Alzheimer’s Disease and I am her Power of Attorney for Health-care.

My aunt can be quite an intense person — very judgmental, self-centered and with a strong temper. I still remember the dents in her car which she herself put there by beating it with her briefcase when she got angry one day. That was many years ago, when she still had all her faculties.

A couple of years ago, before each visit I would call in every kind of psychic protection I could think of. I did my best to let her rage and lashing words bounce off of me, but maintaining that level of vigilance could be exhausting.

My interactions with her became so difficult for me that my doctor told me he was concerned I’d have a stroke. And yet, while I could hire help with some things, I couldn’t simply opt out of my relationship or duty as Power of Attorney. I needed to find a better way to handle it.

One day I received this guidance: “be more like a beach and less like a wall.” In my mind I could see the waves rolling onto the beach and then rolling back out again. I understood the message. If I don’t resist her negativity, it can pass just as easily as it came to me. If I argue against it or try to block it then that’s when I feel damaged.

I imagine the martial arts masters who avoid an oncoming attack just by turning to one side and letting the attack pass by them. When there is no place for the attack to land, when I don’t try to block it or attack back, then it simply falls flat.

Here are the secrets I’ve discovered to surviving our encounters:

My aunt is only in her sixties, so I expect I’ll have time to further refine my approach. In the meantime, I hope this is helpful to those of you who, like me, have family members whose welfare is your responsibility but who can take a toll on your own well-being.

If you have thoughts or comments, I’d love to hear from you. You can reach me through the Contact page.
With love,
Susan